How we see things.

How good is your brain at seeing what’s really going on? Watch the video and find out!

If you watch the video you’ll notice that you can’t help slipping back into ‘seeing’ whole people where there are only halves. You know that this is simply a clever example of default human perceptual mechanisms but you won’t be able to help it. It’s how our brains work.

It’s simply unrealistic for our brains to consciously consider every piece of information received every minute of the day. Our brains thus seek patterns and when we see something which represents a part of a familiar pattern, our brains merely join the dots and fill the gaps. This is how this particular illusion works.

But why do we see faces in clouds?

The brain can’t bear chaos. It’s like a Sergeant with OCD. It demands that things take an orderly shape. So when we see an example of randomness our brains scramble to make sense of it. it’s a process called ‘pareidolia’ and is one of the most interesting concepts in psychology, in my opinion.

It could save your life one day. How else would you spot that leopard in the grass? Your brain seeks to identify patterns even when they’re not there. That’s why arachnophobes jump out of their skins when they see a black smudge on a wall out of the corner of an eye.

Pareidolia is a fantastic thing but it hasn’t always worked in my favour. I once attempted to demonstrate the effects of pareidolia in a presentation, utilizing all manner of phallic innuendo: visual, verbal and so on. I carefully explained the process through which they turned my innocent use of a banana and squirty cream into a phallic object and a sexual ‘event’ and still a handful of them voted me down. Bah! More fool them! They prove my next point.

The tube is going both ways!

Oh no it’s not, it’s only going in one direction. Say what you like, only one direction of travel is actually taking place.

However, some people spend their entire lives telling themselves that their perception is unalterably true. Those people who come to see me for hypnotherapy in Vancouver spend their lives like this.

They see the world in their unique way and it either works for them or they adapt their lives in order to live around the distortion.

An agoraphobe may, therefore, build a life lived entirely indoors, safe from the outside world. The outside world is scary and impossibly dangerous, after all. For as long as that way of living remains tenable, the illusion stays unchallenged and, indeed, strengthens over time.

Whatever you see, it’s certainly not reality. There’s no such thing

We all have individual lives, pasts and personalities. We’ve all learned to see the world in a certain way. Vision doesn’t take place in the eyes but in the brain. The brain has to interpret the visual signals sent by the eyes and these interpretations are open to error. Some people see the world as beautiful. Some people see it as dark, menacing and brutal.

Whatever we believe, confirmation bias works to help us maintain our belief. We will screen out conflicting information and focus upon that which confirms our beliefs as true. Most of this will be done unconsciously. We never even notice that there are different ways of seeing things.

Sometimes, however, we do notice that something is wrong but we just can’t work out what it is. Look at the following picture: 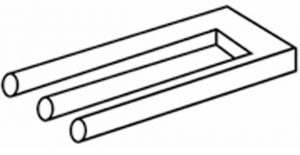 Your mind doesn’t see everything as it truly is. We see what we look for

As you look at this picture your brain keeps trying to make sense of it. You may, at times, think you’ve resolved it, only to find that certainty disappears. Hang on a minute…

There’s no answer to this drawing. We want it to be a coherent shape but it can never be. Why should it have to be? You see what appears to be a triad of cylinders and demand that they conform to your expectations. Why should they? You’re the problem, not the drawing.

My clients will frequently come to me when they tire of trying to square this circle. Their perception of the world no longer works, the way they see themselves becomes too painful. Their way of life becomes too hard and they want to change.

Cats see in black and white. Bats have little sight and see by ultrasound. Bees see using ultraviolet light. I am a touch short sighted. I don’t wear glasses unless I’m driving because I quite like my world a little bit fuzzy. None of us see the world as it really is. When our distorted view of things becomes too costly, we could all use a little help in order to change.

The very act of picking up that ‘phone is an instance of change. Why pick it up if there’s no hope, if you really are as hopeless as you’ve always thought?

No, the act of picking up a ‘phone or sending me an email is an admission that you have things all wrong – that there is a different way of seeing things. You’re now seeking help in order to find it.

This video of people seeing colour for the first time is really quite moving. Many of my clients feel similarly shocked when they manage to change how they see their own selves. When they manage this there’s nothing else for it. Their behaviours, feelings and thought patterns change too. Others have done it. Ho about it? You could, too! Give me a call at 604 2020 7938 could do with seeing things differently. Best wishes. 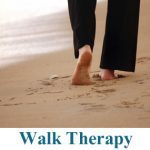 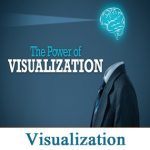 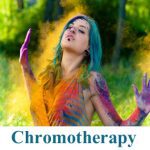 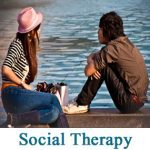 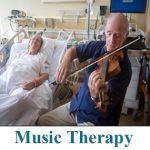 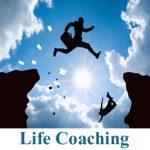