Hypnotherapy aids in both the management and the recovery of people who have suffered a stroke.

WHAT IS A STROKE?

How can Hypnotherapy Assist Stroke Recovery?

A number of the side effects of stroke are issues hypnotists deal with every day: anger, apathy, concentration, compulsion, dignity, memory, plateaus, relationships, self-esteem, and sleep habits.

Hypnosis, with the proper techniques and suggestions, can encourage neuroplasticity – the brain’s ability to rewire itself to form new connections to take over a function that was lost to cell destruction. This happens beyond conscious awareness. This does not happen magically or immediately. It requires repetition. That’s why multiple sessions are needed for repetition and reinforcing. 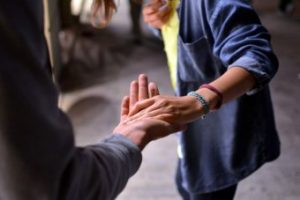 As we age, we become more vulnerable to disease processes such as high blood pressure, heart disease and stroke. A fascinating case study by two researchers cast doubt on traditional views about what is possible regarding recovery from at least one of these awful diseases, namely stroke. Most medical experts state that all recovery will cease about six months after the stroke has occurred. However, using hypnotherapy, a technique which is only just beginning to be recognized as useful for the treatment of vascular accidents, researchers helped a 66 year old woman to regain several physical capacities including the limited use of a disabled arm and the ability to walk without a cane. The hypnotherapy actually began six months after the stroke and lasted for six months. Follow up one year post stroke showed demonstrable improvement in the physical capabilities of the patient. 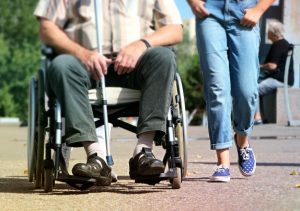 Under hypnosis, the patient was guided through imagery that recalled memories of previous abilities, including swimming in a river as a child. In addition to the hypnosis sessions, the woman was given audiotapes to practice with at home.

Follow-up one-year post-stroke showed verifiable improvement in the physical capabilities of the patient.

Researchers Jean Holroyd of the University of California at Los Angeles and Alexis Hill of Permanente Center in Lomita, California speculated that even though therapy for strokes is traditionally viewed as not being useful beyond six months post-stroke, the capacity of the mind to learn new information and processes does not have an end point.

Imagery works on the mind in a way that is not yet clearly understood. But, as these results show, the ability of imagery to push back traditional limits of effective therapy holds exciting possibilities, and it is an area that merits further investigation.

As an interesting side note, the hypnotherapy was instituted at the request of the patient, after a neurologist had concluded that she would not likely gain any further improvement in her physical condition. Sometimes, it seems, the patient knows best.

Also Charles Tebbets, an American Hypnotherapist and teacher of hypnotherapy, successfully used his own skills of hypnosis to recover completely from an immobilising stroke. If they can do it, then you can too. 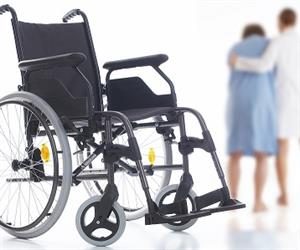 I have successfully worked with people who have had a stroke and find that they recover more quickly the sooner I can start to work with them. The reason for this is that the brain is attempting to make new neurological connections, or trying to re-route information highway centres through new parts of the brain to learn new ways of doing and performing. Ericksonian Hypnosis can be excellent here, as one can use guided imagery and metaphor to enhance the healing process and allow the brain to make those new connections. Of course relaxation using hypnosis is a wonderful healing tool for allowing the brain to rest and the whole system to recuperate, and this alone is very powerful and beneficial to the person recovering from a stroke. Add to that the ability of hypnotherapy to reduce stress and you can begin to see just how effective hypnosis and hypnotherapy can be in treating strokes and other vascular illnesses such as high blood pressure and heart disease.

If you or someone you know would like help using hypnotherapy for stroke or any other conditions please contact. Call Lazzaro at: 604 202 7938 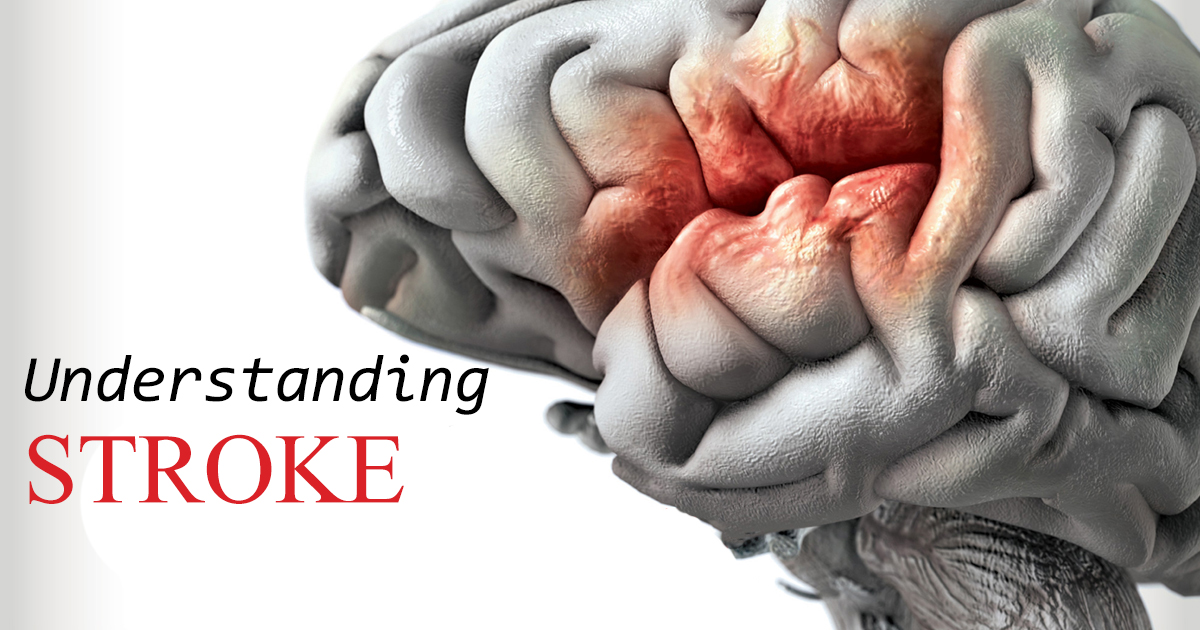 Brain damage can be focal or diffuse. Focal means located in a specific region of the brain and diffuse refers to more widespread function impairment through injury. Aphasia – This stems from damage to the frontal lobe. It affects the ability to communicate such as difficulty in speaking and being able to combine more than a few words. Hearing speech itself may be a problem. Amnesia – This when the memory is affected. Short-term memory may be difficult but long-term memory may still be accessible. There may be gaps in memory too. Again this is through damage to the frontal lobe. Agnosia – This is the inability at times to recognise people or objects or places that should be familiar to them. This is also due to amnesia but affects long-term memory.

Other Symptoms of Brain Damage

Emotional – there may be a restless feeling or an ability to get angry quickly, frustration and other personal changes may be experienced. - Physical – loss of strength, flexibility, coordination of movement difficulty. - Sexuality – libido, erectile dysfunction - Sensory – tinnitus and visual impairment such as blurred or double vision. Unusual taste in the mouth. - Cognitive – speech, memory and an ability to analyze may be affected

Treatment of Damage Caused By Strokes

If you have an ischaemic (reduced blood supply) stroke, it is treated by using ‘clot-busting’ drugs whose aim is to dissolve those clots. These need to be administered within 3 hours of the stroke to be effective. After this anti-coagulants are used as a preventive measure and cholesterol levels are also monitored and if necessary treated with drugs. Good blood pressure is also another important aspect in prevention of future strokes.

A hemorrhagic stroke is when the blood vessel weakens or for some other reason bursts and again the blood supply to various parts of the brain is interrupted. Treatment includes surgery aimed art repairing the burst blood vessel. Subsequently, the cause of the damage is assessed and a program aimed at prevention is instigated. For example, high blood pressure may have been the cause and medication is issued to maintain a healthy level. Anti-coagulants could be a cause of this type of stroke in which case these are stopped.

Longer term treatments of strokes follow a similar path for brain injury patients and involve care plans, physiotherapy and emotional help.
For most long term patients recovering from brain damage, the aim is to gradually increase functionality of those abilities that were lost. Time and patience and determination are the 3 most important factors that are apart of any long-term recovery program.

Recovering the ability to walk and talk or even move an arm require the right communication from the brain to those parts of the body (legs, mouth or limbs). The damage to brain means that the communication either doesn’t happen or at best is weak.
Recovery involves regularly exercising and practising that communication and it can be encouraging to notice even small amounts of progress.

Brain damage or impairment to brain function, can occur for a number of reasons and damage may be recoverable through professional and medical help. However, severe damage to the brain can lead to permanent restrictions on previous abilities and independence. Brain damage can happen because of injury, strokes, various disorders or can be hereditary.

The main causes of brain injury are car accidents, sports injury, falls or be hereditary.

1) With a car accident or sports injury, damage is caused by the initial blow to the head and by the subsequent movement of the brain within the skull. - 2) Strokes are when a blood clot develops and the brain is starved of blood. A loss of function is the result. - 3) Disorders such as Parkinson’s disease and Alzheimer’s are conditions which lead to loss of brain functionality. A cancerous tumour can put pressure on the brain leading to a blood clot. - 4) In the case of a hereditary cause, a gene may have been passed onto the unborn infant that prevented the brain from fully forming. 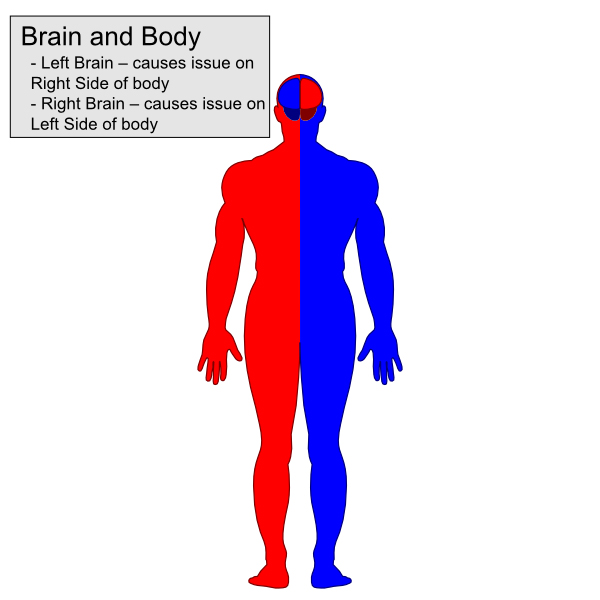 Hypnosis encourages the patient to use their mind and imagination to send those electrical signals from the brain to the limbs or other parts of the body.

Most actions that we take happen in this order:
1) We think about what we want to do
2) We imagine doing it
3) and then we do it.

Hypnosis can assist the recovery of a stroke patient by helping them to relax and then use their imagination to help make the communication between the brain and desired body part.

Many studies believe that improvement in stroke patients capabilities, 6 months after the initial event, is unlikely to continue. However, hypnosis has been used to help with what is considered , a “learnt” non-use of a previous working ability, such as moving a leg or arm. One particular recent study was carried out in the USA in 2006 into the efficacy of hypnosis on stroke patients and the research concluded that there were noticeable improvements strength, spectrum of motion and movements and a reduction in stiffness and tightness in muscles. In fact there has been an awareness of the usefulness of hypnosis with stroke recovery dating back to the 50’s (Shires, Peters and Krout, 1954) and supported by various studies since then.

Help for Stroke Recovery with Hypnotherapy in Vancouver

You will be learn what hypnosis is like and in particular how to practice self hypnosis. You can then use self hypnosis to help release stress and tension and also how to use your mind to help your recovery.

A stroke or “brain attack” occurs when a blood clot blocks an artery (a blood vessel that carries blood from the heart to the body). Or a blood vessel ( a tube through which the blood moves through the body) breaks, interrupting blood flow to an area of the brain. When either of these things happens, brain cells begin to die (necrosis) and brain damage occurs.

When brain cells die during a stroke abilities controlled by that area of the brain are lost. These abilities include speech, movement, and memory. How a stroke patient is affected depends on where the stroke occurs in the brain and how much the brain is damaged.

For example, someone who has a small stroke may experience only minor problems such as weakness of an arm or leg. In the case of a larger stroke, paralysis on one side or loss of the ability to speak may occur. Some people recover completely from strokes, but about 60% of strokes will cause some kind of disability.

How is it classified?

Hemorrhage is the medical term for bleeding. Hemorrhagic stroke occurs
When a blood vessel in the brain leaks or ruptures.

A transient ischemic attack (TIA) – sometimes called a ministroke – is a brief episode of symptoms similar to those experienced in a stroke.

While subarachnoid hemorrhage (SAH) represents only about 7 percent of all strokes, it is the most deadly – with more than a 50 percent fatality rate. Of the survivors, approximately half will suffer permanent disability.

22 percent of men and 25 percent of women die within a year of their first stroke.

14 percent of people who have a stroke or TIA will have another within a year.

About 25 percent of stroke victims will have another stroke within 5 years.

Some Risk Factors Are the Same for Men And Women: A family history of stroke,  High blood pressure, High cholesterol, Smoking (all tobacco use)

Diabetes, Being overweight (obesity), Not exercising 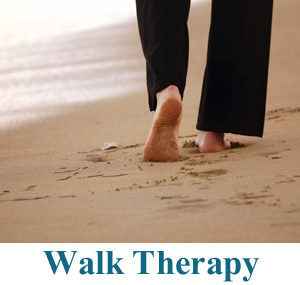 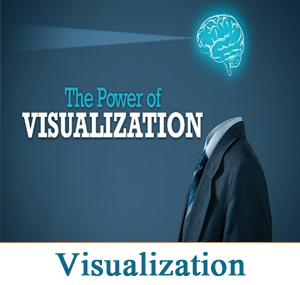 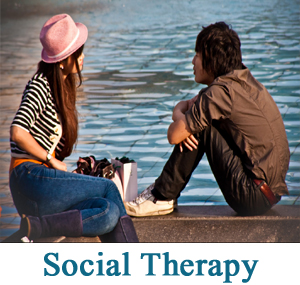 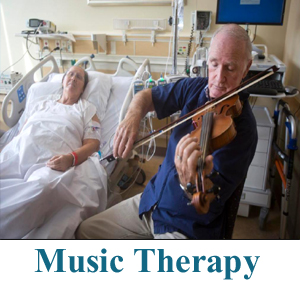 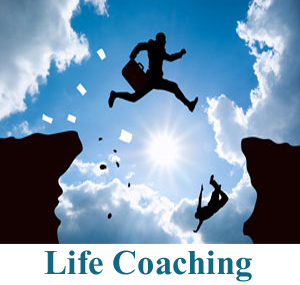